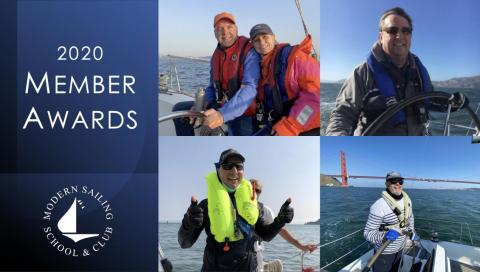 Every March at Modern Sailing School & Club, we take a moment to recognize members who have taken the helm and sailed the extra nautical mile during the previous year. Meet the recipients of our 2020 Top Charterer, Top Student, and Ambassador Awards!

These members stand out for their passion for getting out on the water to learn, practice, and assist other sailors along the way. You might have come across them skippering a Club Sail, leading or participating in a race or event, or offering assistance to a fellow classmate or member. In addition to our acknowledgement and thanks, these exceptional sailors will each receive a coveted Modern Sailing logo jacket. 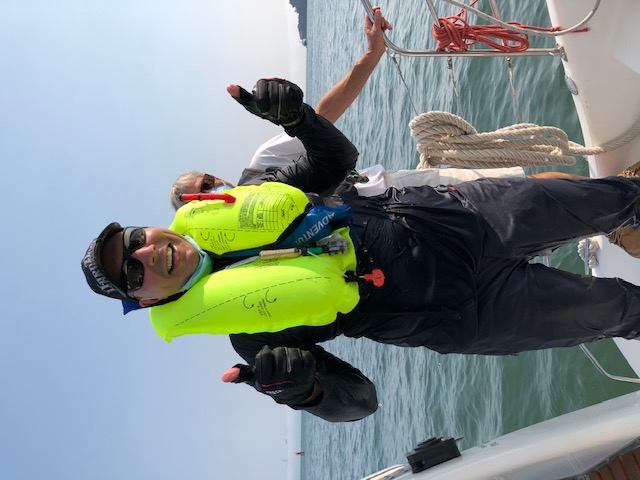 2020 was a remarkable year for member Paul Aichholzer, who joined Modern Sailing in January of 2020 and quickly completed ASA 101, Basic Keelboat Sailing and ASA 103, Basic Coastal Cruising just before the COVID-19 closure. Only a Stay Home Order could keep Paul from his sailing education! When MSC reopened in May, Paul was one of our first members to return to the water, chartering with us for the very first time on May 9 aboard Fiore Italia. In June, he completed ASA 118, Docking Endorsement, followed by the Mastering Sail Trim Clinic in July and ASA 104, Bareboat Cruising in August. Four charters and one month later, Paul completed ASA 114, Cruising Catamaran and then ASA 106, Advanced Coastal Cruising in October.

Paul is pictured here soggy but smiling in his inflated PFD after accidentally volunteering to be the crew overboard during his ASA 114 course's COB recovery exercise. He fell into the drink when trying to catch one of our COB practice bouys, "BOB," with a boat hook. Paul's classmates were quick to react and worked together to retrieve BOB, the boat hook, and Paul out of the water. All learned something from the experience, including the value of a sense of humor and a dry set of clothing in one's gear bag - both of which, Paul luckily had!

It has been rewarding for MSC staff and instructors to support and witness Paul's dedication to his sailing goals. We are honored to have him as a student and member of our club! 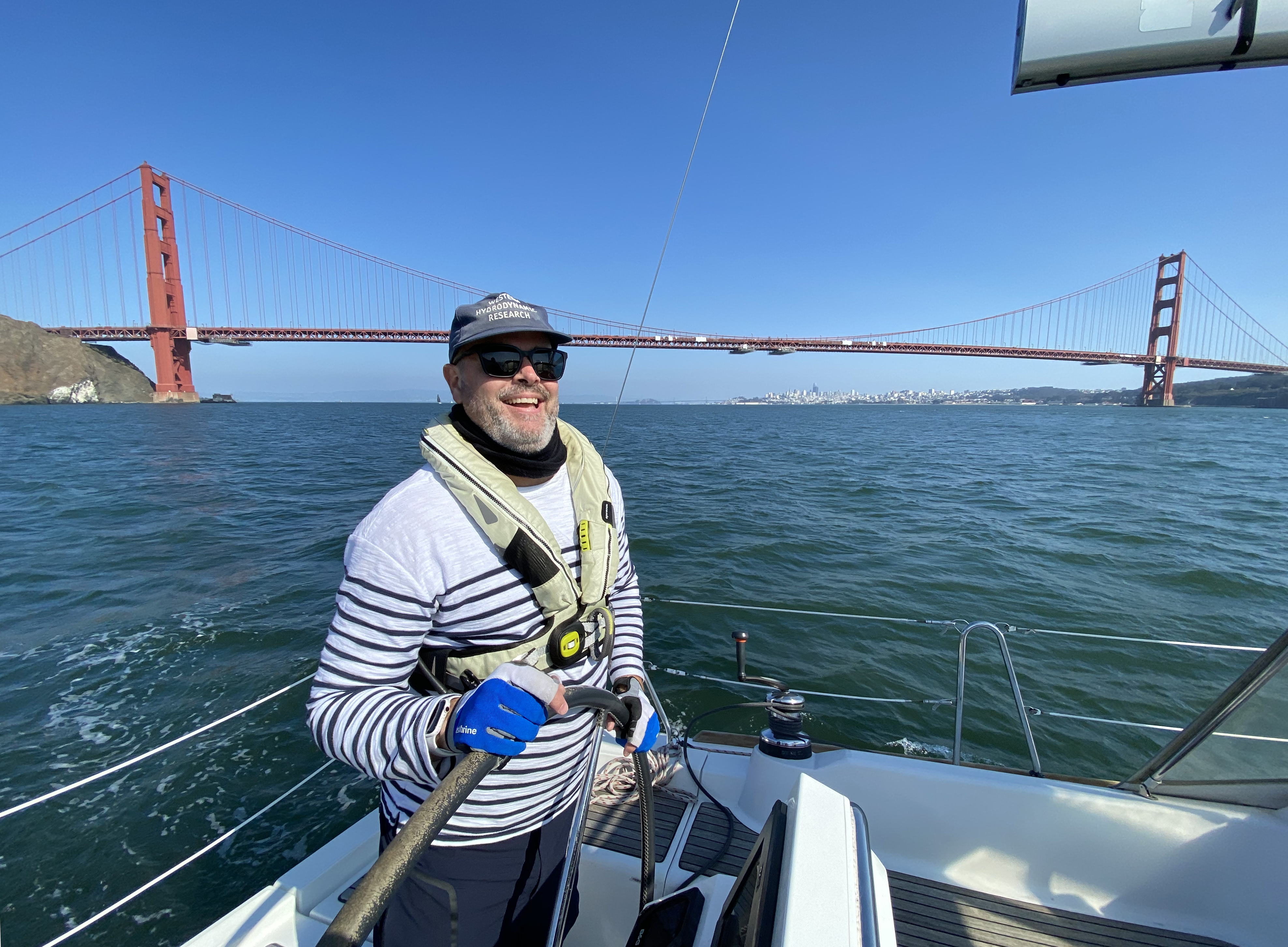 Modern Sailing School & Club celebrates one of our most avid sailors and frequent charterers, Charles Warren.

Charles joined MSC in September of 2019 and began chartering often immediately after completing his Skills Checkout that December. Like Paul, Charles was one of our first members to get back out on the water after the COVID-19 closure with a charter on Liberty on May 10. He has sailed two to three days per month ever since. In August, Charles also completed the Angel Island Mooring Clinic.

With 15 charters in 2020, Charles has earned the Top Charterer Award for the year. We thank Charles for sailing with us and we are inspired by his passion and commitment to sailing regularly. 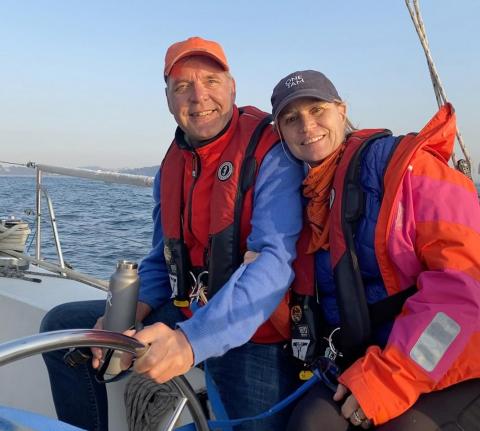 Julia and Vincent are our very first couple to be nominated by Modern Sailing staff for the MSC Ambassador Award.

This award is conferred upon the recipient by receiving a majority vote among our members. Julia and Vincent have been chosen by the members as the first couple to receive this award!

Julia and Vincent have maintained a strong connection with the MSC community by frequently joining Club Sails and through utilizing the members-only Modern Sailing Crew List on Facebook and the Bareboat Buddy List email distribution group. The couple are well-known for inviting other members to crew on their charters and for volunteering to join and support new skippers on their very first charters. 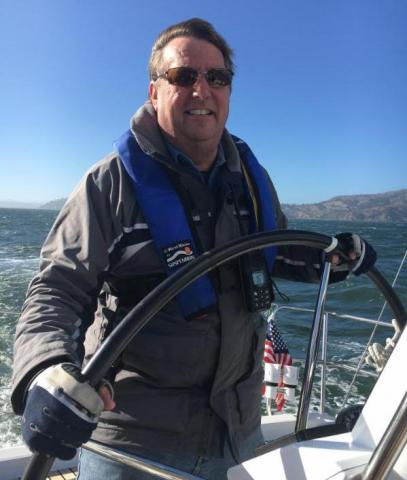 Club Skipper Bob Gutgsell has been nominated for the Ambassador Award numerous times over the past several years, which is a testament to his longevity and consistency of participation. Modern Sailing School & Club wishes to show our tremendous appreciation for him as the recipient of our first Honorary Ambassador Award.

We simply love you, Bob!