Bob joined Modern Sailing in 2016 and quickly became a very active and contributing member. He is perhaps one of the best-known and most cherished members of the club. Bob became a Club Skipper in May of 2017 and has skippered countless Club Sails. He's also participated in three “Pirates For A Cause” Leukemia Cup charity regattas with MSC and has skippered or co-skippered Lighted Boat Parade Club Sails in past years. Bob has also volunteered his time to represent Modern Sailing in our booth at the Pacific Sail & Power Boat Show on several occasions. His gentle modesty belies a vast depth of sailing knowledge acquired from a lifetime on a water. Lately, you'll be able to spot him at the club by his distinctive mask - the lower half of his face is printed on it!

Year after year, Bob models the friendly and helpful spirit of the Modern Sailing community and has earned a nomination for our annual Ambassador Award.

Bob’s love of sailing began very early in his childhood, starting with his dad when he was only three years old. At five years old, he began sailing Sunfish and El Toros. By the time he was a teenager, Bob was a first-time boat owner, having purchased a 470 (hull number 740), an Olympic class dinghy, with his own money. He owned and raced that boat for many years.

Bob has sailed up and down both coasts of the US and has sailed and raced with Dennis Conner on America’s Cup yacht Stars and Stripes, but skippering Club Sails at Modern Sailing is what he is most proud of. He loves that every time he goes sailing, it’s always different and he always learns something new. He says that skippering Club Sails and mentoring his fellow members keeps his skills current and sharp.

Beyond his dedication to his family, his business, and Modern Sailing, "Astro Bob" (the nickname given to him by friend Kevin Holden over 25 years ago) dedicates much of his free time to Rotary International. He lives the Rotary 4-Way Test (Is the Truth; Is it Fair to all concerned; Will it build Goodwill and Better Friendships; Will it be Beneficial to all concerned). He has been active locally, regionally, and Internationally with Rotary’s program to eradicate polio, as well as their "H2OpenDoors" program which brings water, sanitation, and hygiene to communities all around the world. Bob most recently returned from this humanitarian project in Cuba. That’s the real Bob Gutgsell!

Bob has always dreamed of cutting the dock lines to sail away and says he’s “getting to the age that that just might happen.” We can’t imagine a sailor more deserving of the ultimate sailing dream coming true, although we would sorely miss him at Modern Sailing School & Club. Thank you, Bob, for everything you do for MSC and your fellow members! We’re so lucky to have you aboard.

Bob has been nominated for the Ambassador Award numerous times over the past several years, which is a testament to his longevity and consistency of participation. Modern Sailing School & Club wishes to show our tremendous appreciation for him as the recipient of our first Honorary Ambassador Award.

We simply love you, Bob! 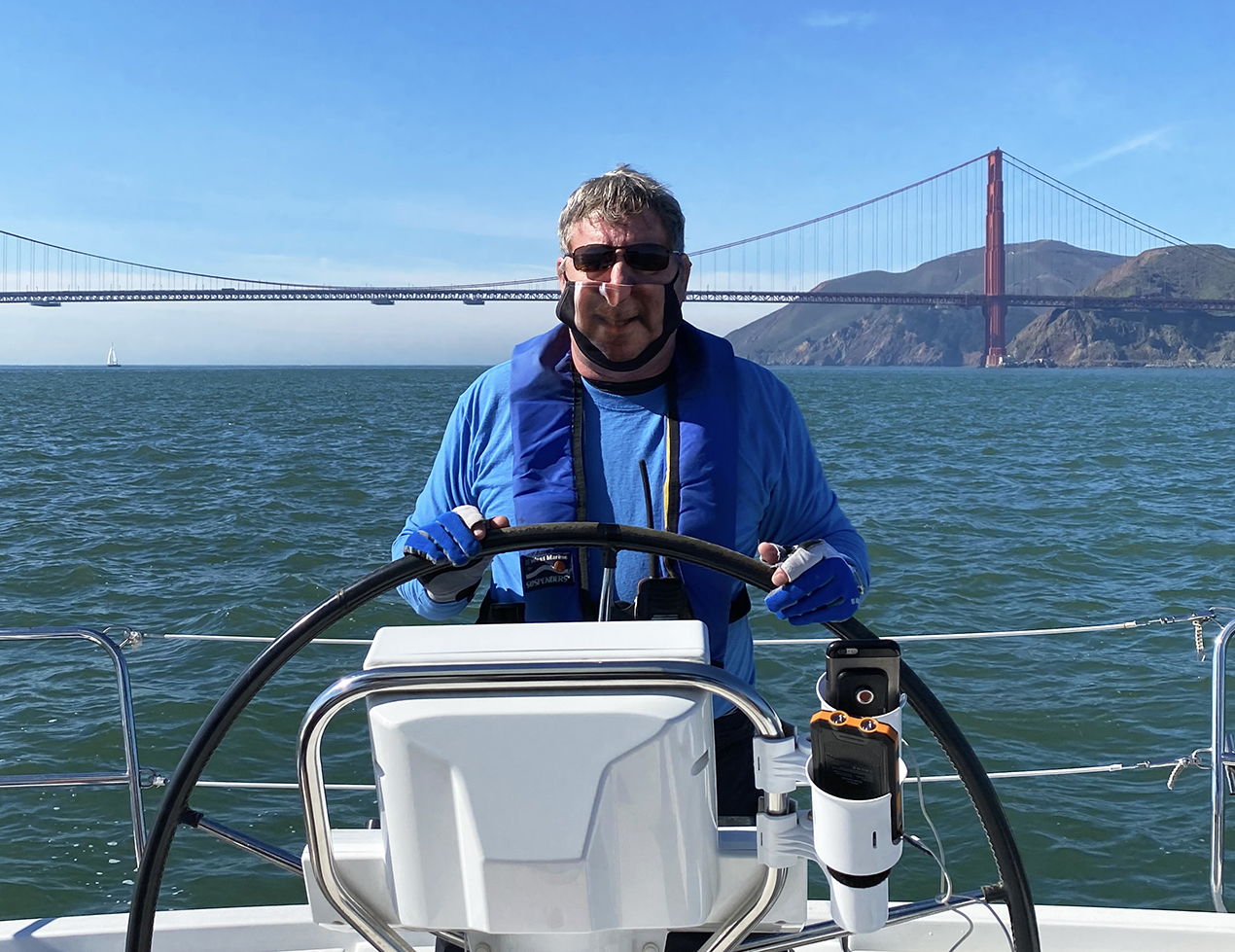