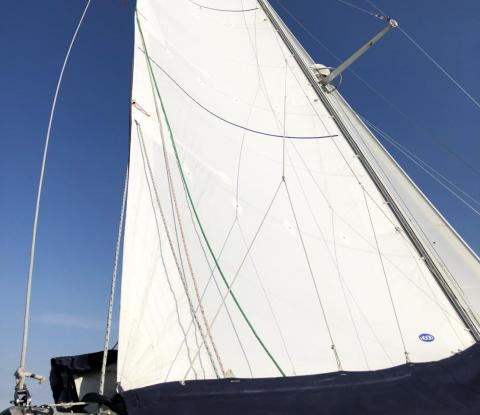 What are lazy jacks and stack packs?

Lazy jacks are networks of lines that are rigged along each side of the mainsail from multiple points on the boom or a stack pack to a point on the mast just above the spreaders, at about 60% the mast's height. Their purpose is to hold the mainsail on top of the boom when it is lowered.

Typically, lines called "legs" are joined with single lines called "risers" to form two upside-down Y shapes. However, lazy jack legs and risers can be rigged in a variety of configurations. Also, the legs can be joined to the risers with blocks, rings, or even tied together. The space between the two sets of lazy jacks on either side of the sail is known as the "pocket."

The stack pack (sometimes called a lazy pack or lazy bag) is a modern type of a sail cover. It is secured to the boom and zips closed at the top to protect the sail from sun damage when it's not in use. 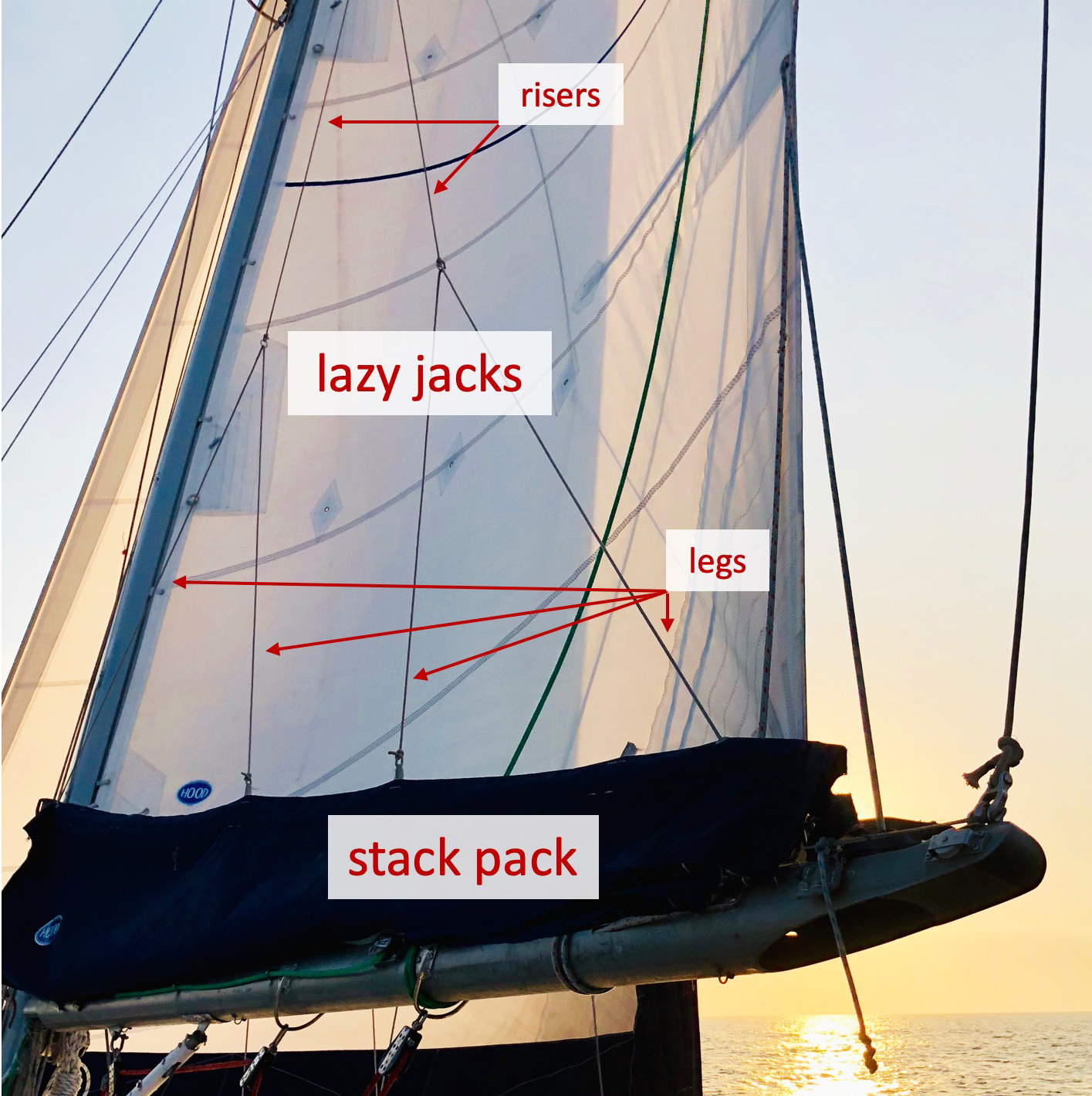 Nine yachts in the Modern Sailing School & Club fleet are equipped with lazy jack systems. Only one of these has lazy jacks with no stack pack.

How To Hoist a Mainsail with Lazy Jacks

How To Douse the Mainsail

Hoisting the mainsail may require attention and skill, but dousing is a breeze - and the best part of sailing with lazy jacks!

If the mainsail didn't flake evenly into the stack pack as it was doused, the stack pack may be difficult (or impossible) to zip closed. If conditions at the dock permit, hoist and douse the sail again and stand at the mast to flake it evenly as it comes down. Also, it helps to tug the leech to straighten out the sail, if necessary. 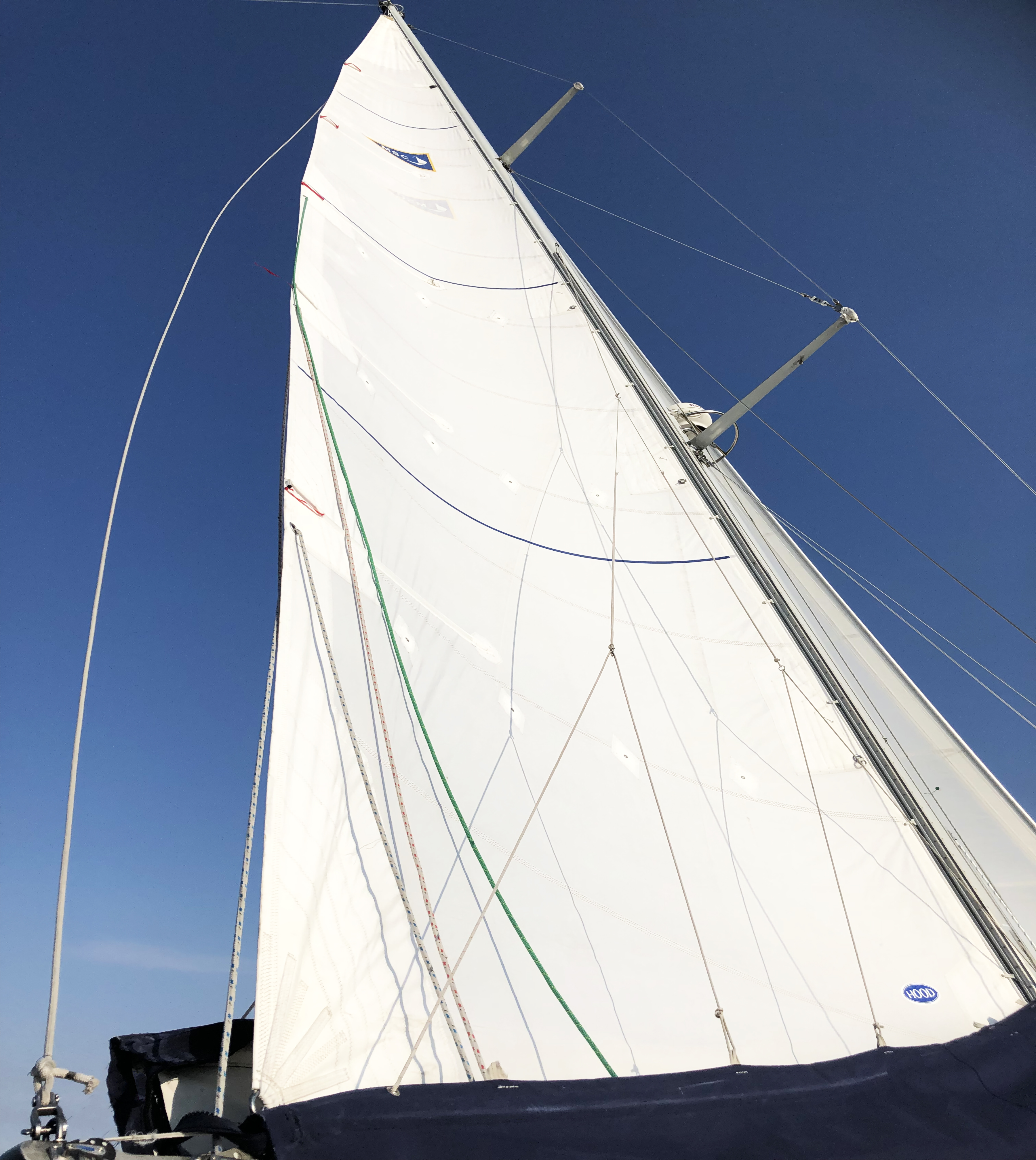