It is never too late to learn something new…it is never too late to learn to sail. Growing up, Jeff had very little exposure to sailing. On rare occasions he had the opportunity to sail on dinghies, but never learned how to sail on his own. In 2003, after retiring from a lifelong career in the restaurant industry, he and his wife, Barbie, moved to Inverness, just north of San Francisco where they currently run a vacation rental business.

In late 2006 on a beautiful Indian summer evening, he and Barbie were invited to go sailing on Tomales Bay. The owners of the boat made a quick pit-stop to use the bathroom at a seaside restaurant, suggesting that Jeff an Barbie "sail around until we get back." That experience provided the spark that has led to a love of sailing. After sailing into the sunset alone on this beautiful 36' Olsen, they turned to each other and agreed, "We have to learn to do this!"

Jeff and Barbie found Modern Sailing School & Club and signed up for lessons in early 2007. After taking the ASA 101/ASA 103 Combination Course with Stan Lander, they started looking for a boat. With the help of the MSC staff, they purchased their first boat and put her in MSC's charter fleet, allowing them to keep her in Sausalito and enjoy the pleasures of sailing in the bay. Later, they upgraded their first boat with Attitude Adjustment, now a popular boat in our Platinum Fleet.

In the following months and years, Jeff continued his sailing education and training with Modern Sailing. As a club member and boat owner, he joined the club racing team to sharpen his skills and continued to earn advanced ASA certifications. He received his US Coast Guard OUPV license in 2012 and completed his ASA instructors training in 2013. Jeff then became an instructor at Modern Sailing to pass along his love of this sport to those who were once in his shoes.

Curious about placing your yacht for charter in the Modern Sailing fleet? Learn more about the benefits boat owners like Jeff receive with Professional Yacht Management Services by MSC. 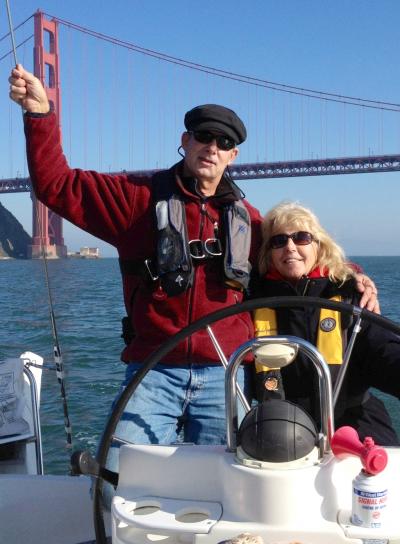