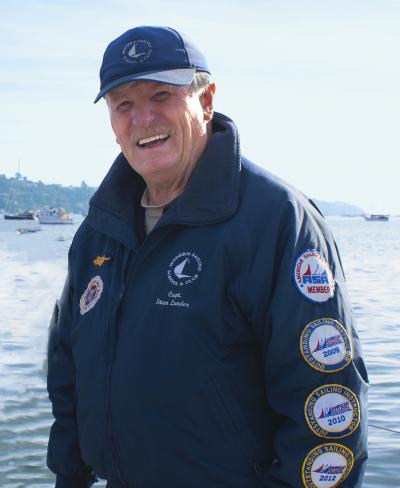 During his off duty time, Stan owned and operated several different sloop-rigged keelboats and cruised extensively with his family. Noteworthy during these years, he and his crew Gordon Thomas captured the Overall SE Multihull Region Championship in 1981 on a Hobie 18 sailing out of the Fairhope Yacht Club, Alabama.

After retiring from the Coast Guard, Stan and his family settled in the San Francisco Bay Area where he still resides with his wife Sher. After obtaining his 200 Ton Master License in 1998, Stan quickly took to the SF Bay waterfront as a Charter Boat Captain and Sailing Instructor. He earned his ASA Sailing Instructor Certificates in the summer of 2000, and later earned his Instructor Evaluator Certificate in 2006.

Currently as Head Instructor, Stan teaches up to ASA 107, USCG Captains License courses, and Modern Sailing's Instructor Qualification Clinics. Based on student reviews, he has been awarded a Certificate of Achievement as an ASA Outstanding Instructor on multiple occasions.