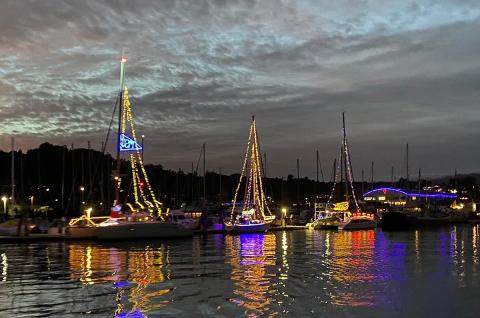 The Sausalito Winterfest Lighted Boat Parade & Fireworks Show is one of our favorite annual boating-related Bay Area events. Year after year, we look forward to bringing this delightful event to our members with Lighted Boat Parade Club Sails. This December 11, our catamarans Ho'okele and Kanaloa were entered in the parade and decorated by staff at Modern Sailing. Kanaloa carried a simple golden theme with the neon-blue MSC sign popping on her mast this year, and Ho'okele reflected creative whimsy with colorful hearts formed by light strings on her lifelines. Seventeen Modern Sailing members and guests, including Club Skippers Jim Haussener and Tim Sullivan, enjoyed being part of the parade aboard these catamarans.

Modern Sailing also sent 3 undecorated spectator boats out filled with 20 happy sailors: Traharta, skippered by Heather Stewart; Liberty, skippered by Bob Gutgsell; and Survivor, skippered by Fred Zirdung. A handful of Modern Sailing staff members also enjoyed the parade from aboard Mo'orea. Our huge thanks goes out to our Club Skippers for making it possible for other club members and their guests to enjoy this magical and memorable event.

Taking photos at night with a smartphone is dodgy at best - taking them aboard a moving boat is an even bigger challenge! From this year's collection of photos, we've chosen 8 of our favorites to share. But even the best photos cannot capture the sparkling beauty and holiday cheer overflowing in Richardson Bay that night! 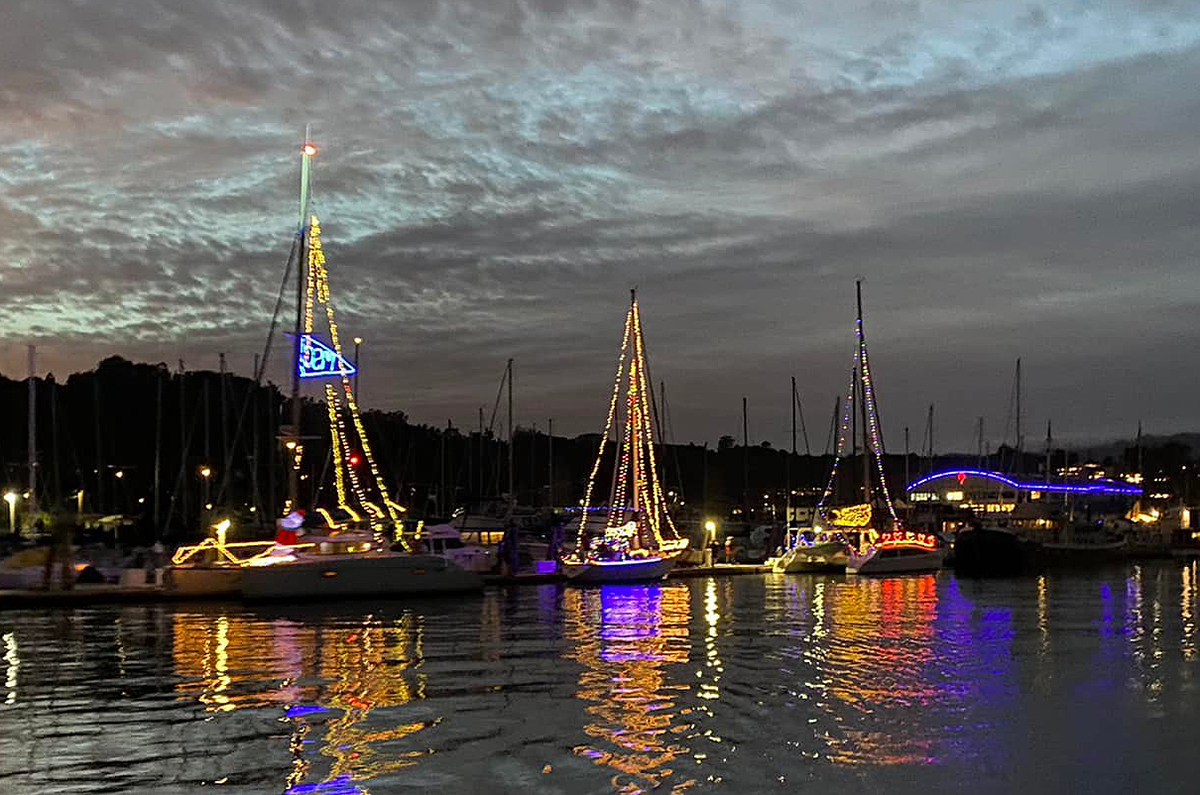 MSC catamarans are ready for departure. Pictured between them is Kira Maixner's Samba, an 11-meter S2. Photo by Heather Stewart. 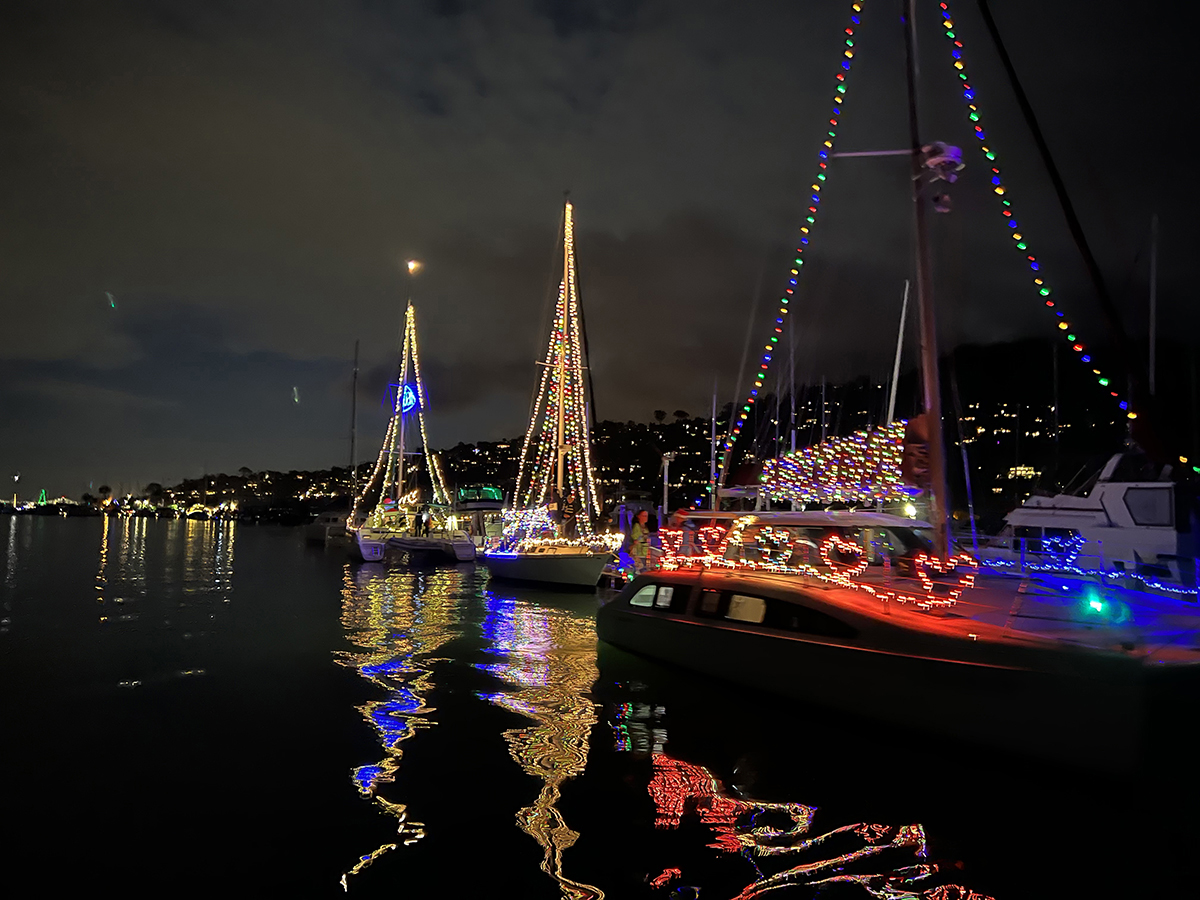 A closer look at the hearts fashioned by MSC staff on Ho'okele's port lifelines. Photo by Sterling Watson, who was aboard spectator boat Survivor. 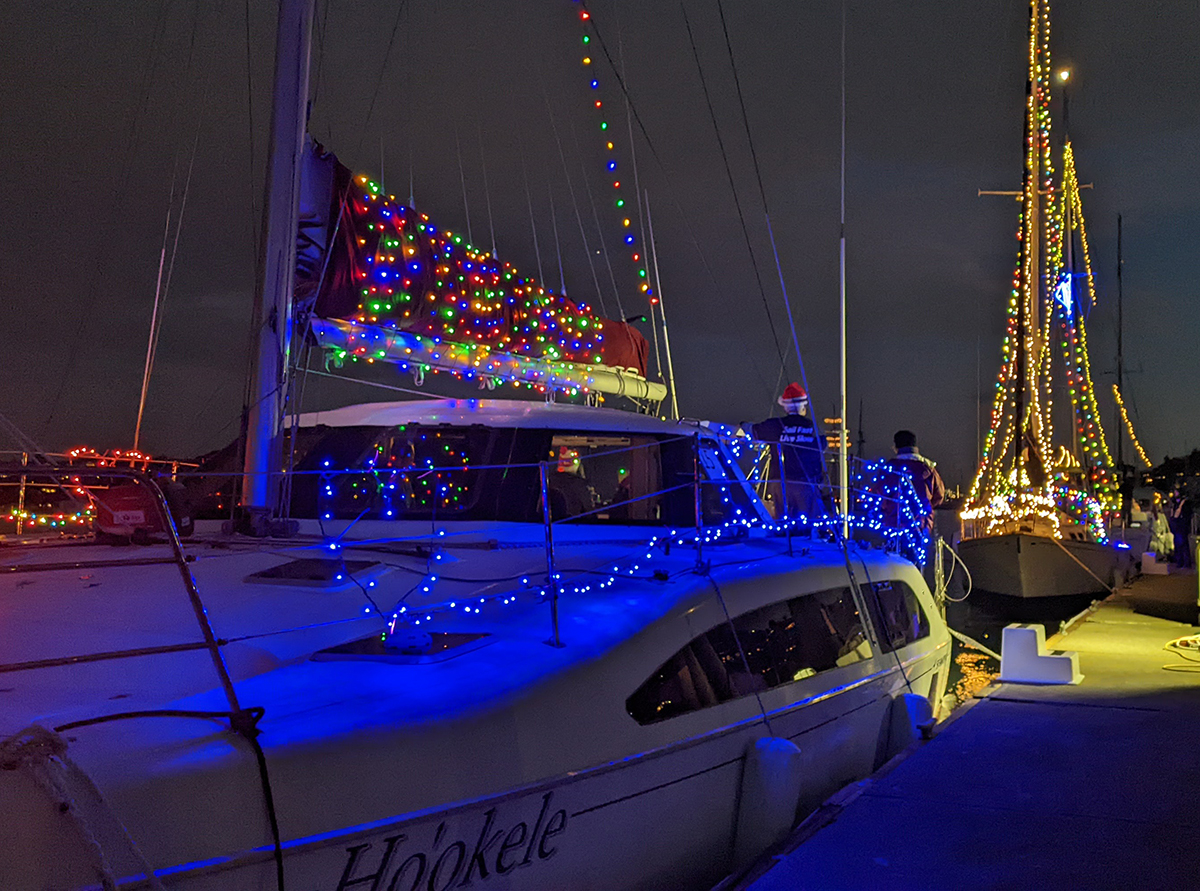 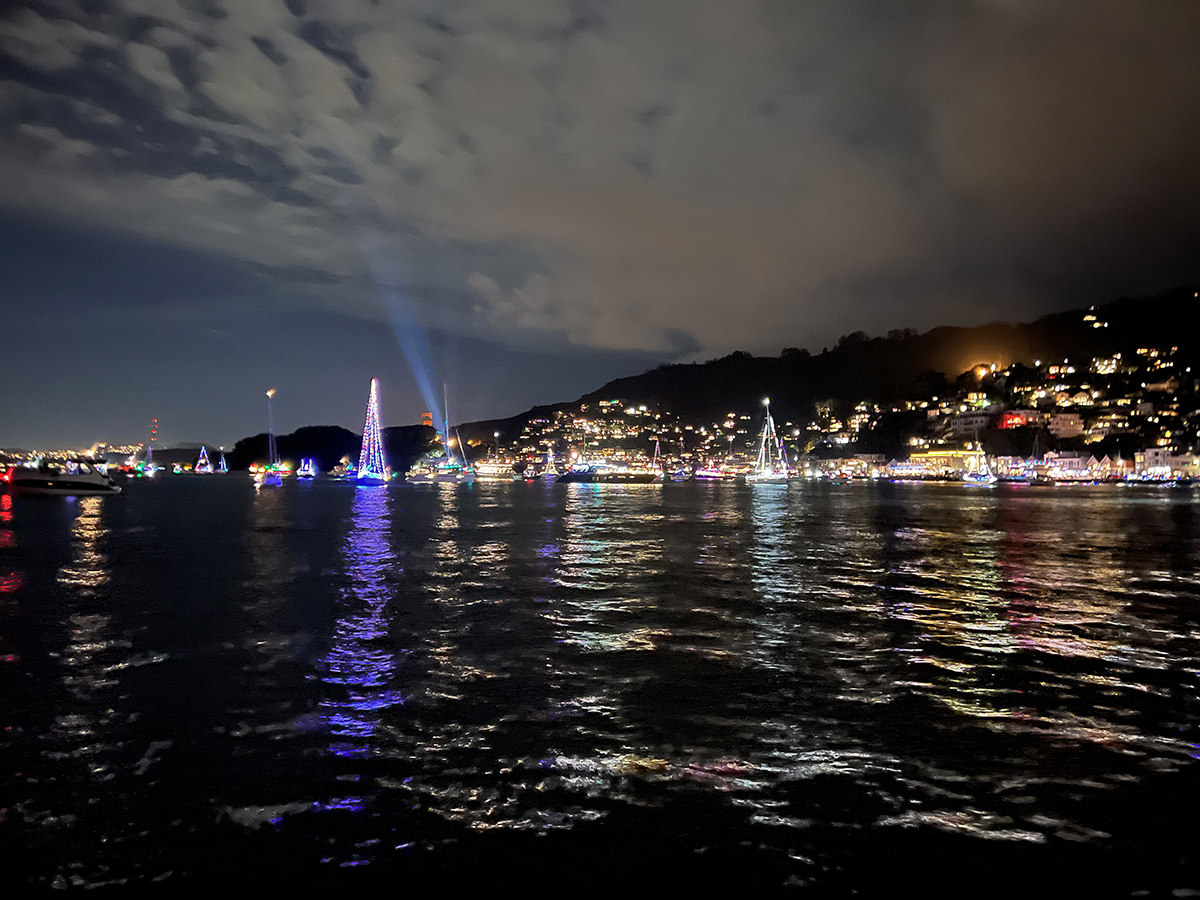 Parade boats line up to show off for shoreside spectators and approach the judging area. Photo by Sterling Watson. 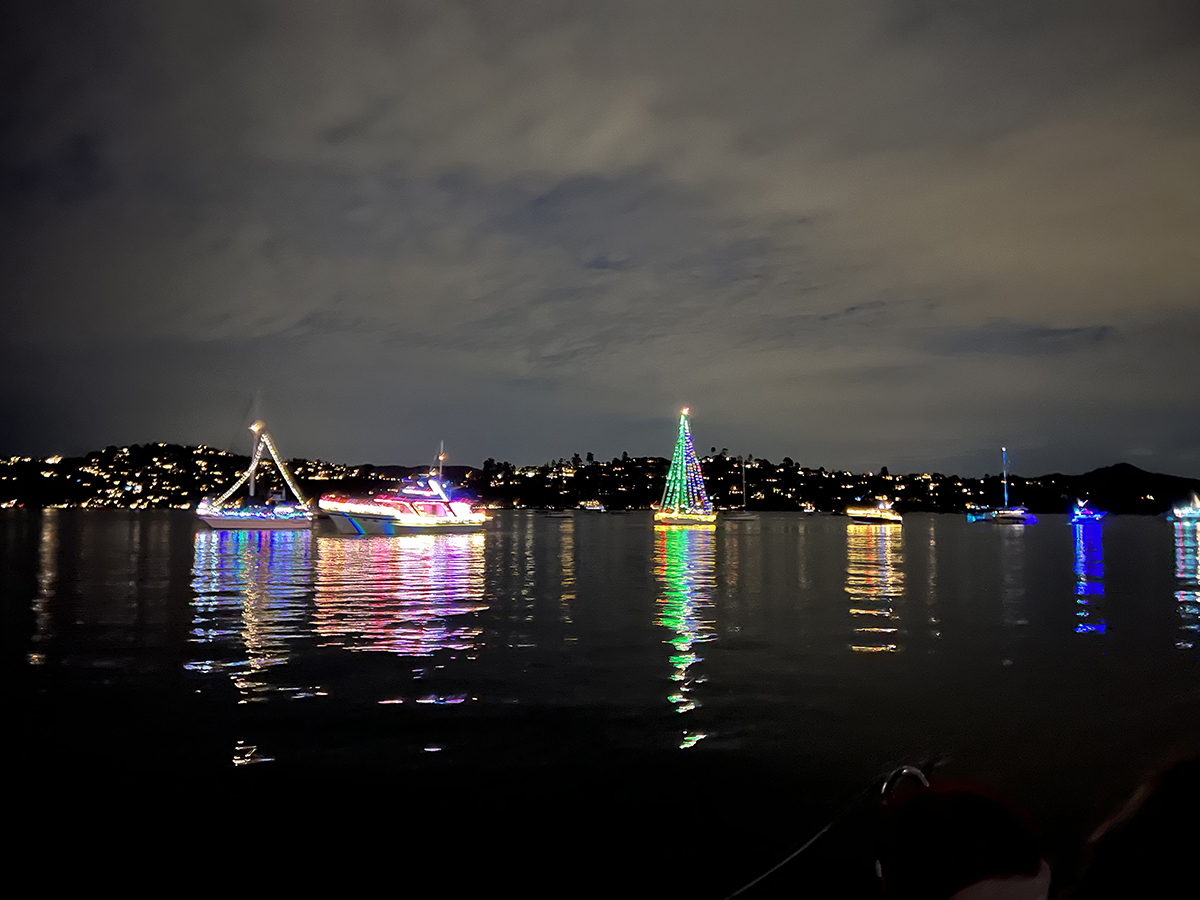 A nice sampling of the vivid color seen in this year's parade. Photo by Sterling Watson. 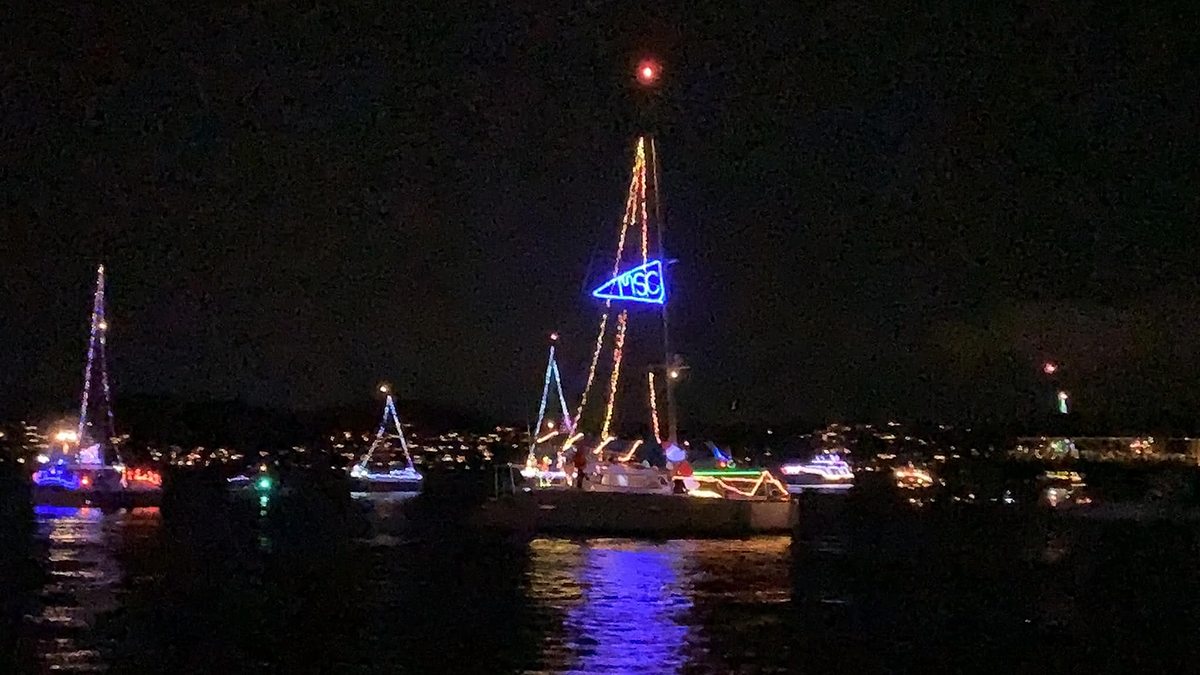 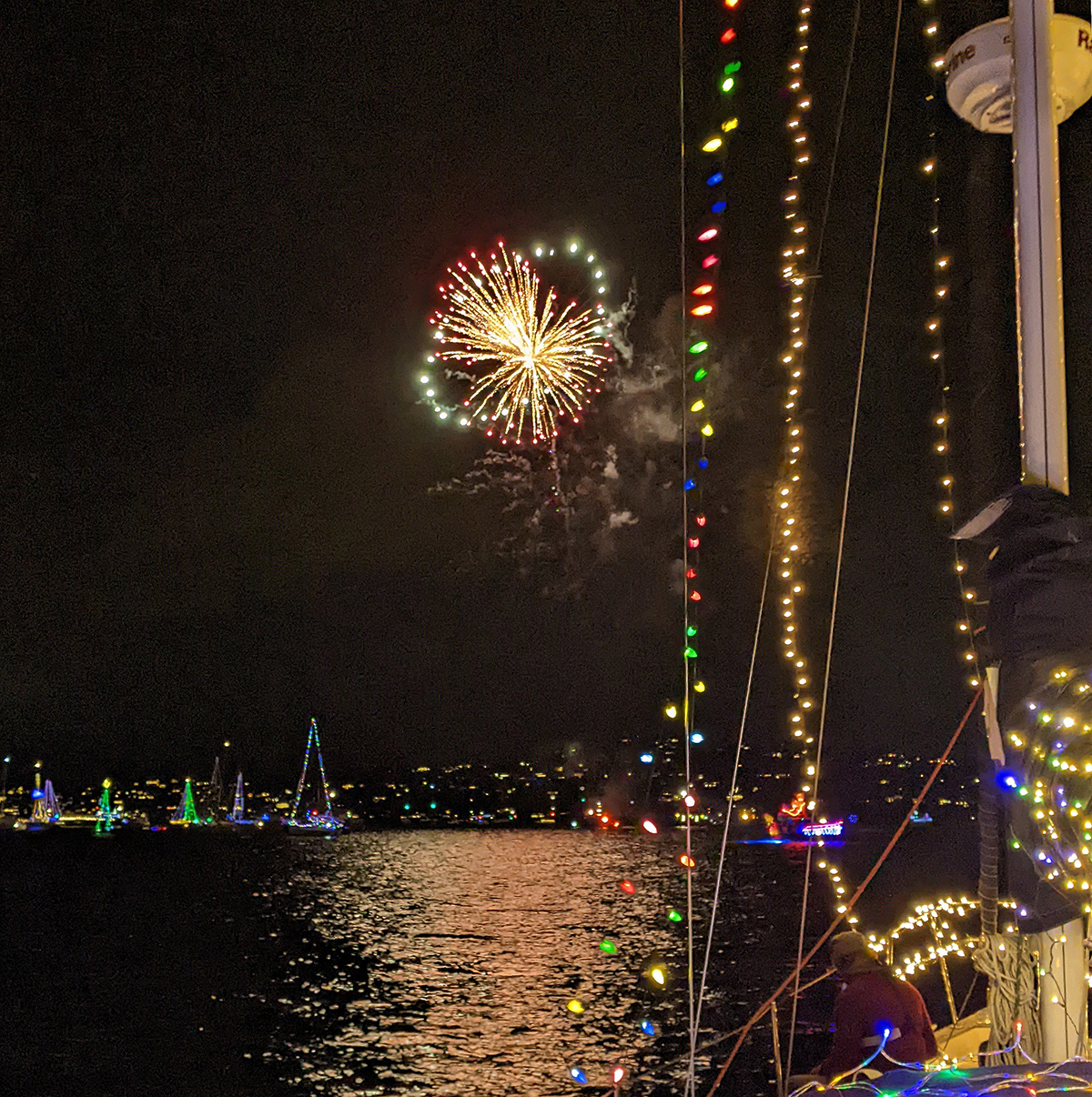 As the parade and judging concludes, the fireworks show begins! Photo by Kira Maixner aboard her 11-meter S2, Samba. 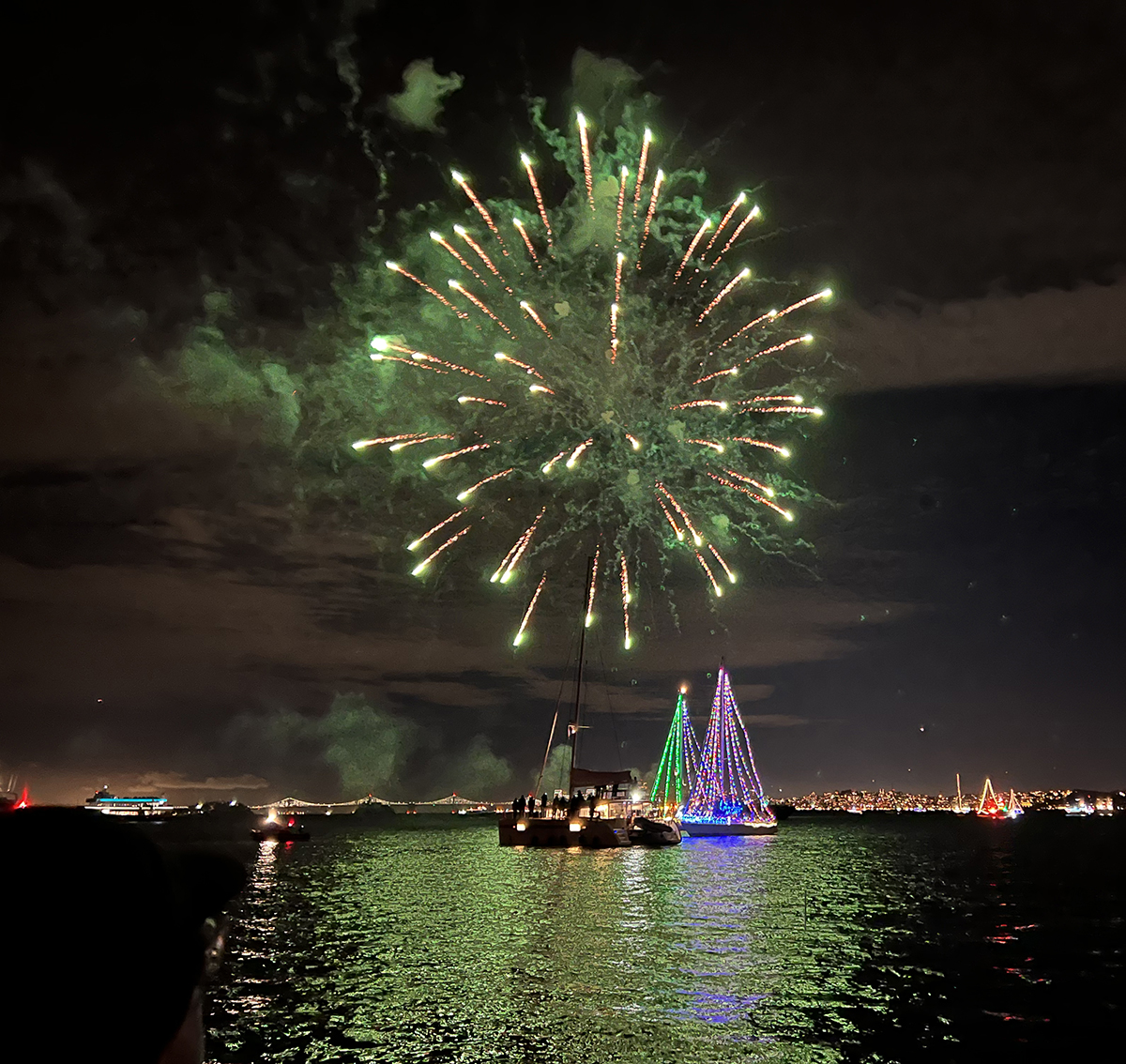