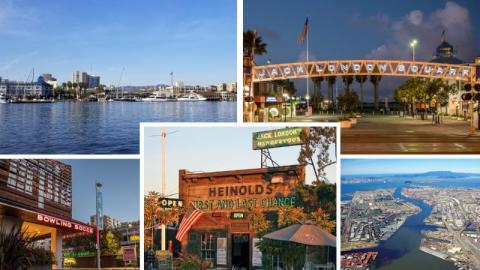 The Oakland Estuary is especially lively for birdwatchers during the fall bird migration. While sailing or motoring up the channel, you and your crew will appreciate the up-close view of the looming dock cranes used to load cargo ships. Urban legend has it that the cranes inspired local filmmaker George Lucas to create the ominous AT-AT Walkers in Star Wars!

Jack London Square is named after the intrepid adventurer and author of The Sea-Wolf, White Fang, and Call of the Wild. The Sea-Wolf was allegedly inspired by tall tales told by patrons of the legendary Heinold’s First and Last Chance Saloon. This small bar with its tilted floor, where sailors had their first drink returning from a sea voyage and their last drink before departing back out to sea, is festooned floor-to-ceiling with nautical and vintage curios dating back to early California.

Stroll the waterfront and Square to visit shops or tour two historic vessels: the Lightship Relief, a floating lighthouse which aided navigation along various U.S. coastlines from 1951 to 1974, and the USS Potomac, President Franklin Delano Roosevelt’s historic yacht. Dine at inviting options like Scott's Seafood Grill & Bar, Pasta Pelican, or Plank for bocce, beer, and bowling. After sunset, the sparkling lights of San Francisco, the Bay Bridge, and the Golden Gate Bridge will take your breath away as you sail across the bay back to Sausalito.

Approaching the JLS Guest Dock from the North

Navigation to the Oakland Estuary

Docking Options at Jack London Square and in the Oakland Estuary 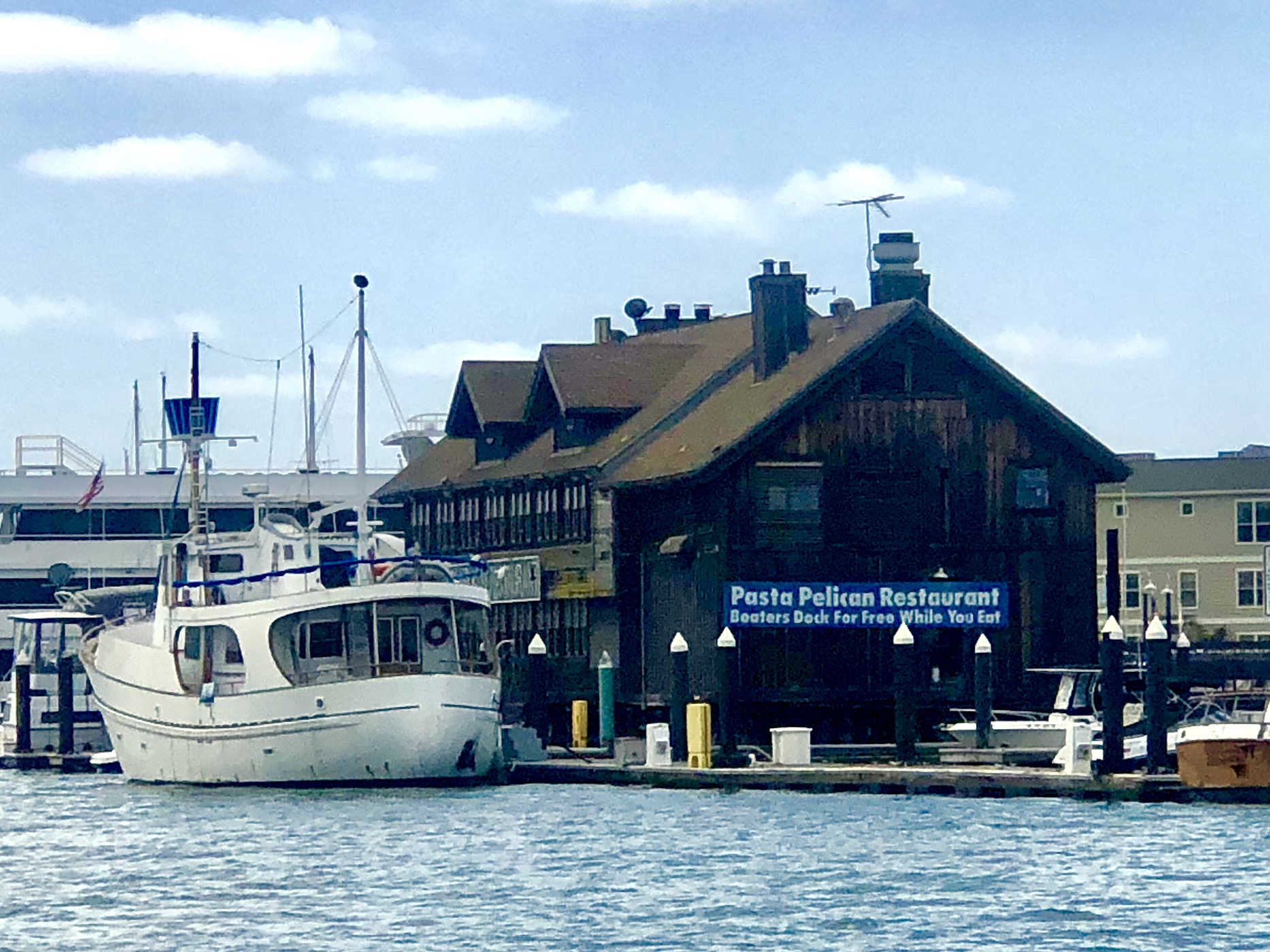 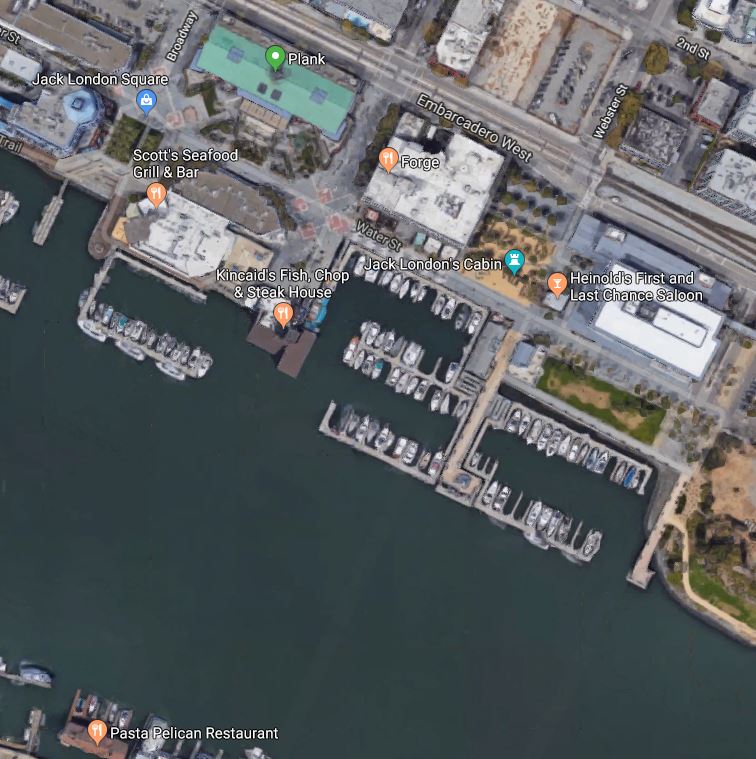