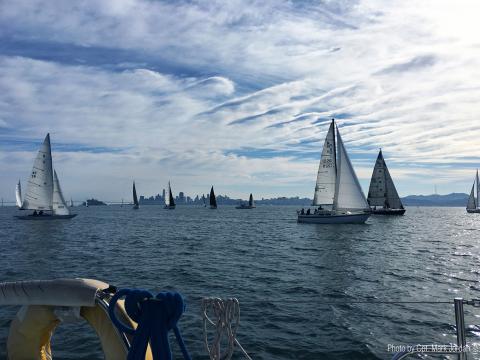 On December 6, Michael M. and Gary K., two determined members of the Modern Sailing Recreational Race Program, showed up to race our lovely and fast Catalina 320 Kele with me as the race coach, despite the prospect of the very light winds we typically get this time of the year on the Bay. Our aim was to go out and win the second race of the Sausalito Yacht Club's Chili Midwinter series, which starts and finishes on the west side of Angel Island, about a mile off of Point Knox.

We started the day at the docks, hoisting the main and ensuring we were properly rigged for light air performance sailing. At about 10:30, when the team was satisfied that we were ready, we left the docks and motored out to the race course. Along the way, we discussed expected winds and currents, reviewed the list of the competitors in our class, and decided on some potential strategies we could use to gain an advantage. Since we were short-handed, we spent some time practicing racing tacks and jibes, where one person was driving, one handling both the release of the working jib sheet and the grinding of the new one, and one handling the mainsheet and traveler. As we went through these exercises, I reviewed the finer points of sail trim - how to shape the sail draft and twist to get the most out of the zephyr breeze we would be racing in. 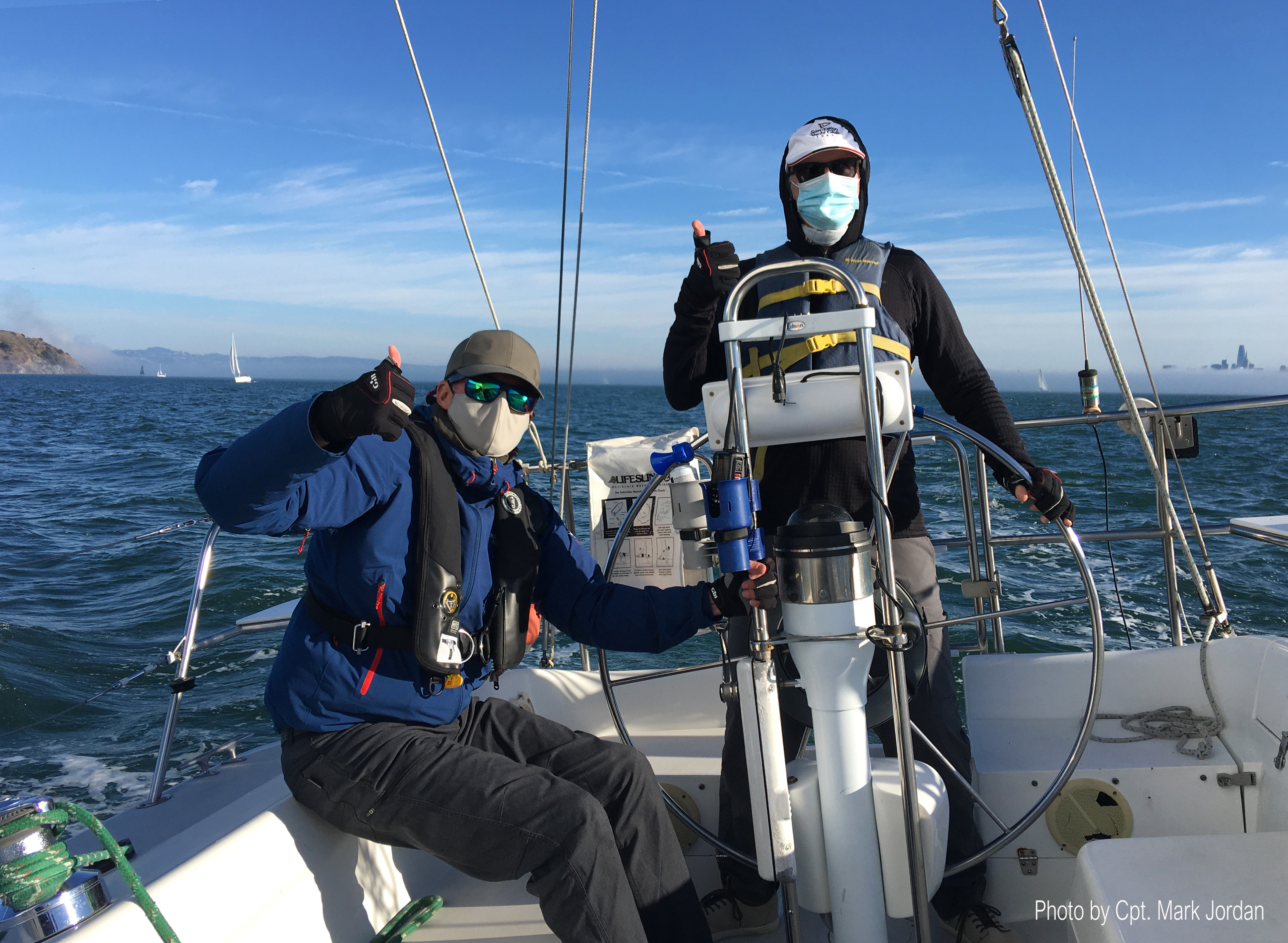 As we got closer to the scheduled race start time, it became clear that the race would be postponed, since we could see the SYC committee boat and workboats still adjusting the start lines and setting marks. Soon the race committee made it official... we were waiting for wind! Fortunately, the delay wasn't long. About 20 minutes later, we found ourselves gliding along with about 8 knots of breeze.

Our division was scheduled to start last, so we had some time to observe the other boats' starting strategies... We decided that we would reach out past the committee boat and then reach back in before heading up to cross the line on starboard. Simple and effective starting tactics, we thought. What could go wrong? Well, as we approached the line, we soon learned that our strategy was less than brilliant. We were on course to miss the starting line on the pin end, as it became painfully obvious that the flood current was stronger than we had expected. Never give up, though! A bad start is better than no start at all, so we regrouped, tacked twice in the light wind, and finally crossed the line on port tack about 3 minutes late. We were racing!

After that, we enjoyed a solid race. Prior to that day, the three of us had never sailed together, but by the end of the day, we had established a rhythm as we learned how to work as a team to get the boat around the buoys. And while we ultimately finished fourth (out of four) in our division, our boat handling skills were clearly improved in just the few short hours we were out there.

Overall, a strong effort was made, some valuable lessons were learned, and a great time was had by all. Onboard Kele, as we crossed the finish line and headed back to the club docks, the smiles were so big that you could clearly see them through our masks! Sailing back to the club, we reviewed the day, thankful for the new stories we would have to tell. Elbow bumps were exchanged back at the marina and we talked about how we were looking forward to the next race. I'll be looking forward to it... and I hope to see Michael, Gary, and other MSC racers join us for the fun!

Many SYC races are filmed by their club videographers. Watch the excitement of San Francisco Bay yacht club racing on the SYC YouTube channel!

Interested in learning to race so that you can join in the fun? Start by learning more about the Modern Sailing Recreational Race Program. 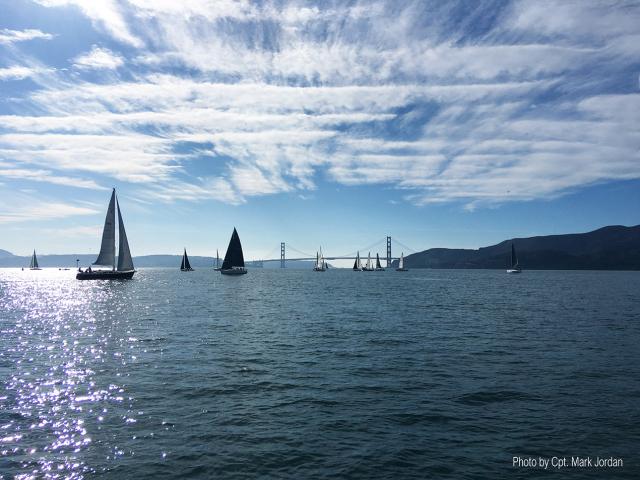 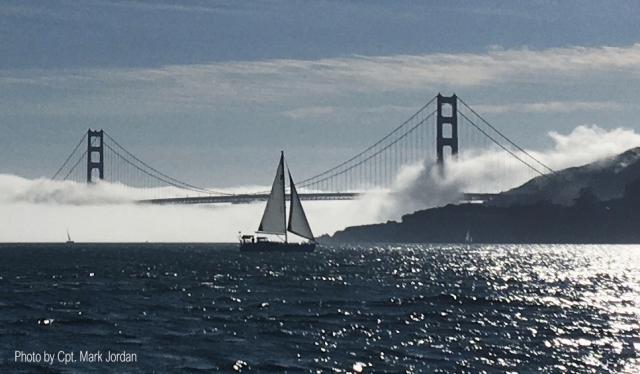