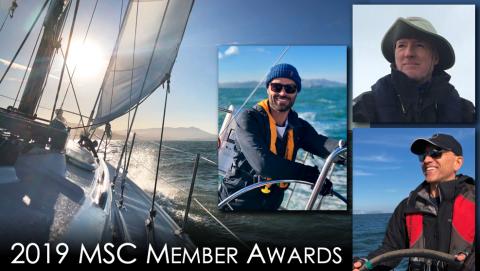 Every March at Modern Sailing School & Club, we take a moment to recognize members who have taken the helm and sailed the extra nautical mile during the previous year. Here are the winners of our 2019 Top Charterer, Top Student, and MSC Ambassador Awards.

These three members stand out for their passion for getting out on the water to learn, practice, and assist other sailors along the way. You might have come across them skippering a Club Sail, leading or participating in a race or event, or offering assistance to a fellow classmate or member. In addition to our acknowledgement and thanks, these exceptional sailors will each receive a coveted Modern Sailing logo jacket and a club burgee. 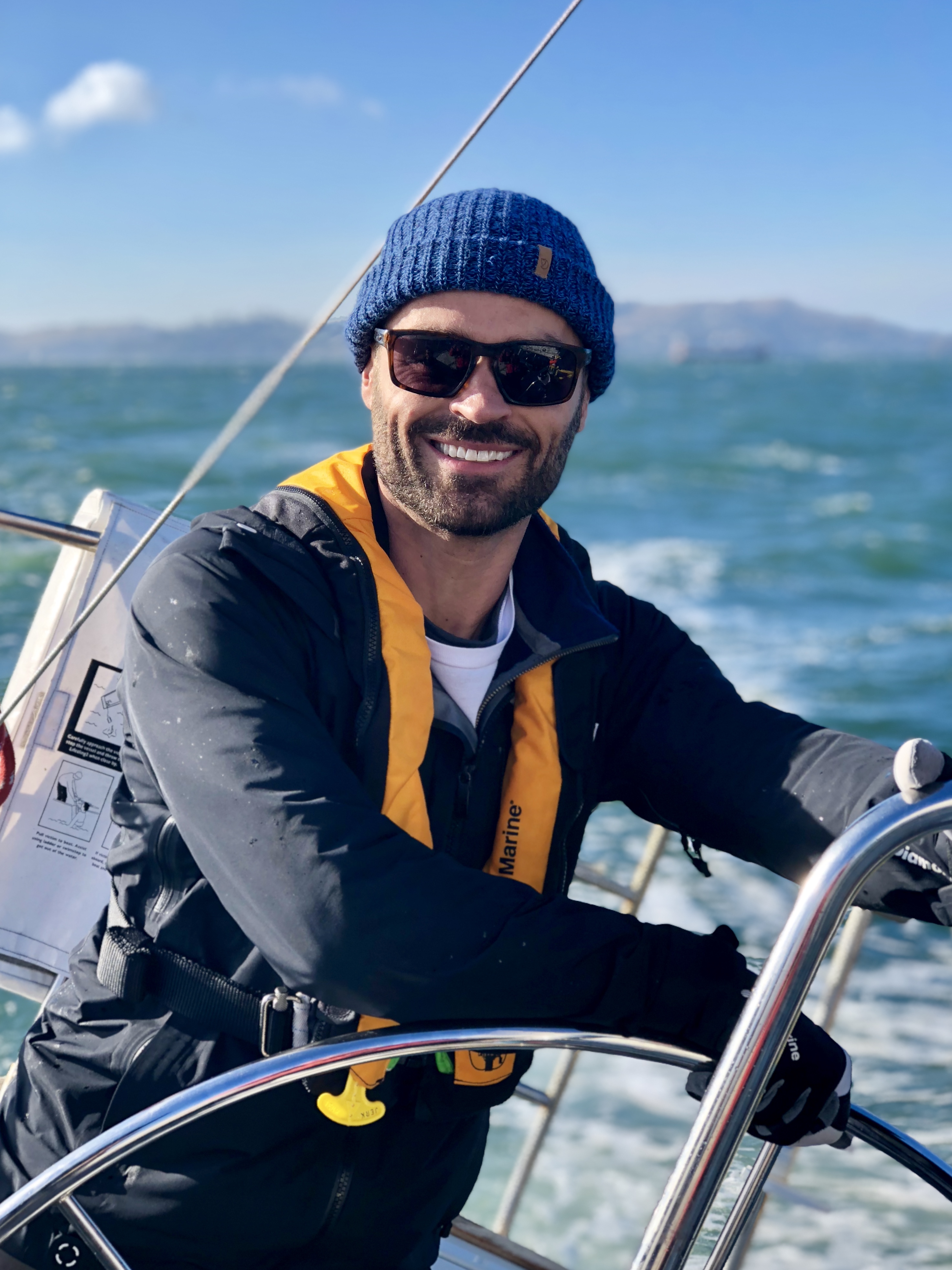 Scott joined Modern Sailing in July 2017, completed ASA 101, Basic Keelboat Sailing that September, and has been a very active student and member ever since. In 2018, Scott completed ASA 103, Basic Coastal Cruising, ASA 104, Bareboat Chartering, the Recreational Race Clinic, and rapidly advanced his sailing skills by sailing in 15 races including the Leukemia Cup Regatta. Scott agreed to be a volunteer representative of Modern Sailing in our booth at the 2018 Sausalito Art Festival. His affable and outgoing personality helped rope in quite a few new members!

This March 15, Scott completed the Club Skipper Clinic, and is now one of our two newest Club Sail Skippers. It has been rewarding for MSC staff and instructors to assist and witness Scott's remarkable progress as he sailed full circle from novice student to experienced skipper. We are proud to have him as a member of our community! 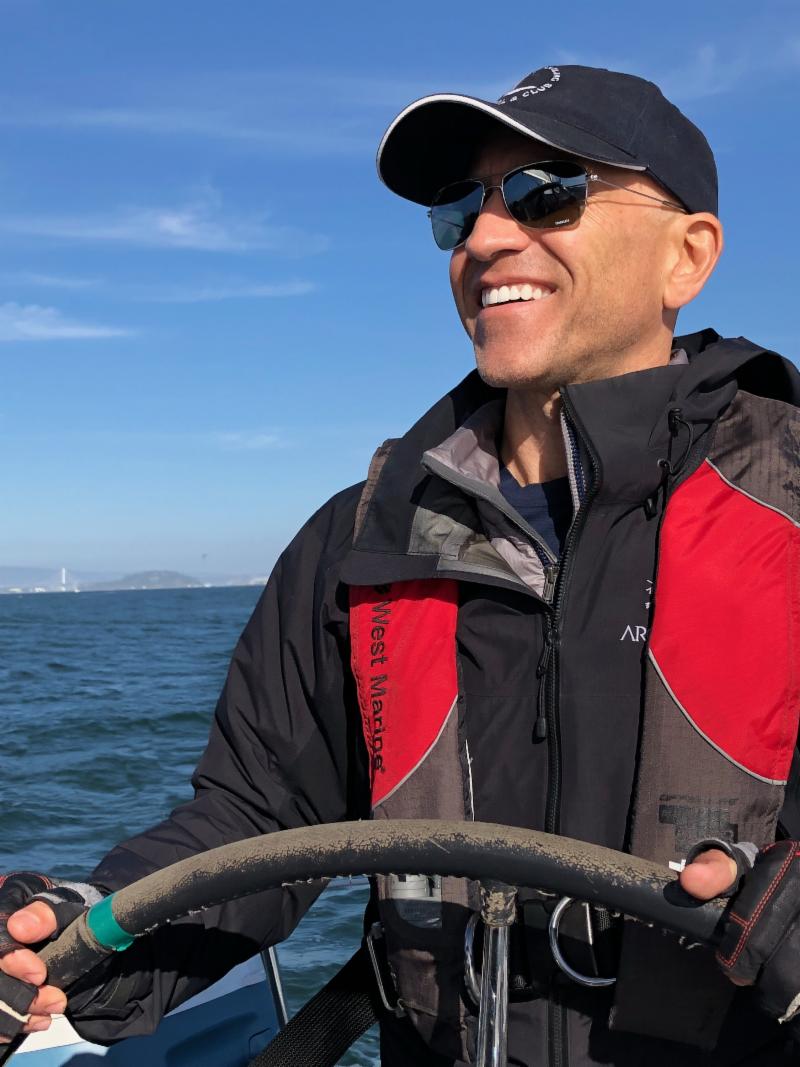 It was impossible for us to not notice Paul's passion for sailing. (One might call it obsession!) This passion has driven him to progress from novice to leader in a very short time. Since he began his sailing journey with ASA 101 at MSC just over two years ago, Paul has logged 215 days on the water on SF Bay and other parts of the world. He's participated in nearly every course, clinic and Expedition that MSC offers, including the Recreational Race Clinic, 9 races, and the Leukemia Cup Regatta in 2019.

Paul has chartered all of the boats in our Gold, Platinum and Catamaran Fleets and most of the Silver Fleet, 11 of which were in 2019. Adding depth to his rapidly acquired experience, he has also chartered 48' catamarans in Thailand and the Seychelles.

In October 2018, Paul completed the Club Skipper Clinic and has since shared his knowledge and love of sailing with other club members as skipper of 14 Club Sails. We also thank Paul for volunteering some of his time to help represent Modern Sailing in our booth at the 2019 Pacific Sail & Power Boat Show.

We applaud and celebrate how quickly Paul has progressed from being passionate about sailing to sharing his passion for sailing with the Modern Sailing community. 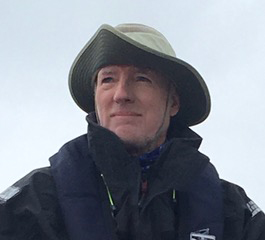 Warren's first experience with Modern Sailing was as a Club Sail guest in 2016. In September 2017, he became a club member and completed ASA 103 at Modern Sailing.

Warren's sailing history began on a Sailfish on Lake George, NY, when he was only 10 years old. As a teen, he sailed on Barnegat Bay, NJ, and raced with his high school team on the rivers of northern New Jersey. Over the years, he sailed sporadically, and then discovered sailing on SF Bay in 2000. His most unforgettable sailing memories involve dodging ships in dense fog banks and docking in high winds, and he credits MSC's courses and clinics and his fellow sailors for helping him learn to navigate these challenges safely.

Warren's favorite aspects of sailing are being outdoors and on the water, with only the wind and waves to propel him, and especially the fellowship of sailing - spending time with friends and meeting new and interesting people to learn with and from.

Warren is one of very few members to receive the MSC Ambassador award who is not an official Club Skipper. Nonetheless, his friendly face has become very familiar with our members and staff. Relying on the members-only Bareboat Buddy List to recruit crew for weekly sails, Warren facilitates and helps countless members to stay active on the water.

The Ambassador Award is conferred upon the recipient by receiving a majority vote among our members. The way Warren inspires us by sharing his love of sailing with so many others, and so often, is noteworthy and has earned him this award.